When you're setting deadlines for yourself, make sure you select the right deadline. You have to understand the reason why deadlines exist in the first place. They're not just about putting some chronological restraints on a particular project.


While there's a lot of value to that, there's something more to deadlines that strict, time-based parameters. The main reason why deadlines work is because they force people to take action before a certain time passes.


In other words, they push people to do things that they normally would not do. Let's face it, people being people would rather kick the can down the road, or better yet, don't do what they're supposed to do at all.


That's the basic truth about the human condition. Doesn't matter where you come from, doesn't matter how much education you have. This is true for all people.


With everything else being equal, we'd rather not do anything that is outside of our comfort zone. We'd rather do things that we're accustomed to. This is why big projects often terrify us.


We know what we're supposed to do. We know how much good achieving these things will have in our lives, but we can't quite get ourselves to do it. How come? We're scared of change.


This is why they give themselves all sorts of excuses and deadlines terrify people. Well, here's the problem. When you set a deadline that is so far out into the future, you're just setting yourself up for disappointment.


Sure, from time to time, you are able to do things right on time or even well ahead of schedule. But let's get serious here. How often does that happen? In fact, if your like most people, you can probably count that with one hand.


If you're not careful, by the time the deadline comes, you're just as unprepared as if you had set up the deadline to a much earlier date. You see how this works?


So, don't give yourself so much time that you constantly run out of time. Instead, set up a realistic deadline so as to maximize the value of the deadline. In other words, the deadline should motivate you to action. It should get you to take action right on time. That's how you set the proper deadline.


Of course, you shouldn't set the deadline so close that it scares you. In fact, it can be so scary and intimidating that you end up paralyzed. 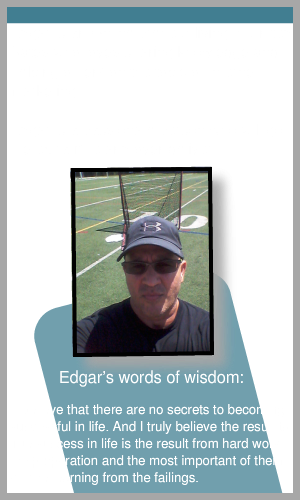 How To Build Your Email List The Smart Way!

Do you have an email list?  List building is an integral part of any online business. Just as how brick and mortar businesses keep reco...